Getting The Upper Hand

While it is true that sometimes violent situations start with an attack and catch you off guard with very little warning, more often than not if you pay attention you will actually see the build up to the event.  The fact is when victims of violence are interviewed later more often than not they say that something didn’t feel right and they saw something that they thought wasn’t quite right and made them uneasy but they decided to ignore it because they didn’t want to be paranoid or seem socially inappropriate.

Nine times out of 10 if you end up in a violent altercation there will be some type of buildup and if you can see it and recognize it for what it is you can take the upper hand by avoiding it or steering it to your favor.  You might notice someone watching you, someone following you, someone being in a place that they just don’t need to be (like a someone hanging out in an isolated area, a man hanging out by a woman’s dressing room, or someone that positons themselves near you when there is ample room available), someone trying to get you to go with them to an isolated area, someone getting drunk or angry in your vicinity, or perhaps someone that just seems to take an unusual amount of interest in you; these are all examples but there are numerous other things that can indicate a violent confrontation is possible.

If someone has confronted you and you think that violence is imitate it is important that you make the first move. In the movies people take a punch and then a spinning kick from a cowboy boot to the face and they are still walking around but in real life when you get hit there is a good possibility something inside of you could break, you could suffer a concussion, and you could end up crippled or even die from the single blow.  When it comes to fighting or actual violent assaults the number one cause of death is blunt force trauma to the head which is normally caused by someone falling down and hitting their head on the ground.  There have been people that have gone to jail for manslaughter because they got in a heated argument and shoved the other person and that person lost their balance, struck their head on the ground, and died.

In the martial arts there are mixed messages about making the first move.  Karate-Do (systems of Karate that focus mainly on developing “character”) teaches never to make the first move.  In fact, one of the founders of Karate-Do, Gichin Funakoshi, famously wrote in his book The Twenty Guiding Principles of Karate the second rule of Karate is “There is no first strike in Karate.”  This is way most Karate Kata begins with a block or other defensive movement.

However, that isn’t the way that it always was; before Karate-Do was Karate-Jitsu (systems of Karate that focus on self-defense), or just plain old Karate, and back when it was taught as a matter of life or death making the first move was taught to be essential.  The old masters knew that even though there were different signs an attacker would give to signal you that he was about to attack (see my article entitled “Pre-Assault Indicators”) there is no way to know with 100% certainty when a person will attack or how.  Waiting for a person to throw the first blow to counter it and then counter attack is very risky and should never be done if your life is on the line.

Thankfully there is a little trick you can use to get the upper hand and create an opportunity for you to either attack first or get out of there.  This works if you are confronted by one person or multiple people and if they are unarmed or if they have a gun in your face.  I’ll introduce it by giving a quick story.

Many a year ago I was a young cocky lad in the Air Force.  I lived off base in an apartment and when I first moved in there was a guy who lived on the first floor who was both large and almost always drunk.  When he was drunk he was fine but when I ran into him and he was sober he would often try to stop me and criticize me for being in the military.  He’d stop me in the hallway and talk about his politics or how he didn’t support our military actions in the Middle East and to him I was a symbol of what is wrong with America.  More than once I’d come home from a 4 day deployment tired, carrying two heavy bags, and wearing my BDU’s (military camouflage clothing) and he’d actually get in my way and try to stop me from entering the building until I heard him out.  I never engaged him, I only listened for 30 seconds and then said, “that’s great”, and then walked around him and went on my way.

One day I came home and as I drove up he was yelling at a crying woman on the front lawn.  It was a lover’s spat and as I walked up she ran away crying.  It was clear he wasn’t in a good mood and when he saw me he said quite angrily and sarcastically, “Oh look…my favorite person!  How can my day get even better?”  I tried to walk by him but he blocked my path and got right in my face.  Normally he’d have a smug sense of righteousness about him but today it was just anger and he started poking me in the chest and saying very disrespectful things about the military.

His face was becoming red, his voice was steadily getting louder, and he was spitting as he talked leading me to have no doubt that he was building to something violent.  The hair on the back of my neck started to stand up and I definitely started to feel unsafe.  I tried to back up and de-escalate the situation but as soon as I did I saw him make a fist and that is when I decided to stop the situation in its tracks, take the upper hand, and move first.

As he shouted at me I looked right back at him, put a confused look on my face, and said, “You did WHAT to your cat?”

Immediately he stopped and got a confused look on his face (by the way he didn’t own a cat) and as soon as he opened his mouth to say something I swung my bag upwards into his groin.  I didn’t swing it very hard but I had a couple heavy things in it and it dropped him to his knees right away allowing me to walk passed him and get inside my apartment.  That was the last time he confronted me and thankfully he was evicted about a month later.

I call this technique the “Thought Interrupter” but I’m sure psychology has a different name for it.  If you or someone else is on a certain train of thought and suddenly you make a statement or ask a question that is out of place it will interrupt your thought pattern for a moment and often lead to a short lived state of confusion and it works even better when you stick to asking questions and make them as out of the place and bizarre as possible.  In short, you want to ask a question that makes no sense in the given context or no sense at all.

You want to make the other guy look like this: 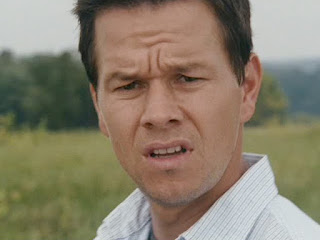 If someone has confronted you they are going to be focused on you and their intent will be to do you harm.  Suddenly asking them a bizarre out of the place question will interrupt their thought pattern and give you a few precious seconds to move first while they are caught off guard. You move them from a mental state of thinking about hurting you to not thinking about hurting you and create a window of opportunity where you can act while their brain is focused on the absurdity of the question and not on you.

To best capitalize on it the second they scrunch up their face or open their mouth to say, “What the hell are you talking about?” you want to move then.  As soon as the “W” in “What…” comes out of their lips you want to be moving.  If you’re confronted by a group of people you will want to move yourself to the outside of the group as soon as possible so start to slowly move towards the guy furthest to the left or right and then say something like, “Did you know Barack Obama was on Bay Watch?” and as soon as you see that confusion set it you know switched their train of thought from hurting you to “What the hell?  No he wasn’t” and you should move right then.

This technique has been proven to be very successful; it has been used during hostage situations, its help police, military, and intelligence personnel disarm armed individuals and psychologists use it help people stop destructive behaviors like smoking.  Whenever their patient feels like smoking, drinking, over eating, etc. they’ll have them count all the people they know or to imagine something absurd like parasailing pink elephant whose bottom half is that of a mermaid.  It is bizarre enough to interrupt their thought pattern and now they’re not thinking about smoking and can put their attention elsewhere.
Posted by matthew schafer at 11:44 PM 10 comments: